Return of the Banci Altarpiece 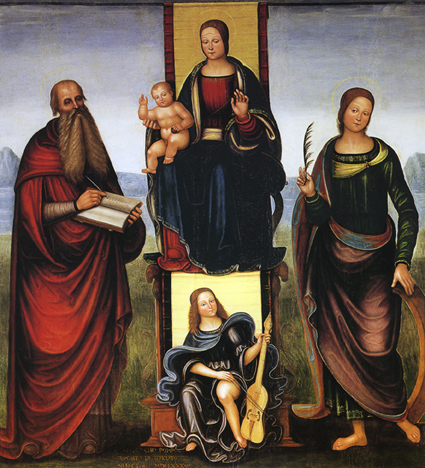 Thanks to our club, in April Sassuolo celebrated the return of the “Banci Altarpiece”, which had been housed for some time in the Ferrara picture gallery. To explain the initiative and learn more about the 16th century artwork by Ercole Banci (dated 1510), we organised a meeting on 11th March 2014, attended also by Sassuolo councillor for culture Claudio Corrado and the curator of the civic art collection, Luca Silingardi.

The altarpiece, consisting of vertical wooden boards held together by pegs and butterfly hinges, features a preparatory layer of gesso and hide glue, on top of which the artist applied his tempera colours, subsequently brightening them with a protective layer of varnish. Owned by Sassuolo municipal council, the work was on display in the registry office where civil weddings are conducted, a room that housed the majority of the Sassuolo civic art collection, but it suffered extensive damage from a fire that spread through the town hall internal courtyard in 2002.

The altarpiece was taken to Ferrara to be restored in 2006, after which it was left with the local picture gallery for safekeeping, since the ambient conditions of the registry office wedding room, with sudden temperature excursions due to heating in winter and air conditioning in summer, threatened to damage the wooden base underlying the painting.

The Ferrara picture gallery thus kindly offered to store the altarpiece free of charge until Sassuolo town council, in agreement with the Italian artistic and cultural heritage superintendency, identified a suitable location for its display. The chosen site is Sassuolo’s Ducal Palace: the painting now hangs in the ticket office area on the ground floor, where it is visible to all. Sassuolo Rotary Club, which has always worked closely with the council on local initiatives related to culture and health, decided to bear the cost of transporting the artwork to the Ducal Palace and having it professionally installed. 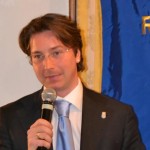 On Saturday 12th April 2014 the work was officially presented at the Ducal Palace of Sassuolo, in the presence of the Superintendent Stefano Casciu and the curator Luca Silingardi.

The Banci Altarpiece and our club have some shared history… this photo of 9th March 2004 captures the press conference presenting the Rotary-Rotaract Family Forum in Sassuolo registry office where civil weddings are conducted (Rotary president Gianfranco Sassi and Rotaract president Patrizia De Luca). And in the background, there it is… The Banci Altarpiece…Still bearing the signs of the fire damage incurred two years earlier. After 10 years, Sassuolo Rotary club brings it home to Sassuolo… To the prestigious Ducal Palace. 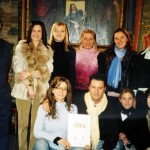 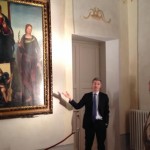 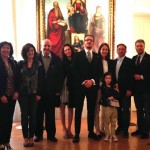 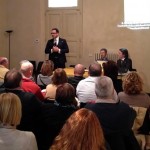 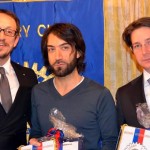 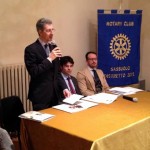 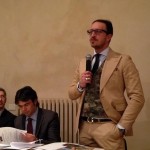